Like women entering menopause, men embody their own version of physiological changes due to a variation in hormones. From the age of anywhere between 40 to 55 men will encounter a gradual decline in their testosterone levels.

This is a natural process and for some, there are no obvious symptoms as the process is gradual. For others, symptoms are inclusive of fat accumulating around the belly, mood disturbances, decreased libido and lack of energy.This subtle and somewhat silent stage is referred to as andropause; a transition that seems to be less-known than menopause. And perhaps this is because menopause is, comparatively to andropause, a rapid change in hormones and thus symptoms are more obvious and therefore more recognized.For men, puberty marks a swift increase of testosterone supporting muscle development and the formation of bone and liver function.

Therefore, the decline of testosterone during the andropause phase will affect muscle strength, fragility and the ability to efficiently metabolize fat.What’s more, is that a decline in testosterone causes a disruption in the ratio between testosterone and estrogen.

Men, like women, have estrogen that facilitates roles within the body such as brain function, heart health and bone development.The level of estrogen in men is of course generally much lower than women but as testosterone levels start to decline, estrogen levels will either remain the same or in some instances begin to rise. This then causing unfavourable side effects such as gynecomastia (breast development), increased weight and mood changes.Estrogen levels begin to rise due to either overconsumption of alcohol, nutritional deficiencies, high levels of body fat or by natural means. The declining of testosterone will worsen the imbalance.As testosterone levels drop too low, it allows for the binding of estrogen to receptor sites, usually occupied by testosterone, and as a result, these cells cannot switch on. Thus, resulting in decreased sexual desire.The imbalance of these hormones can further increase the risk of diabetes, high cholesterol and fatty liver. Dietary support can be used to help support hormone discrepancies and symptoms associated. 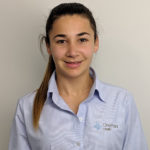 6 Reasons to See a Dietitian

Have you ever been referred to see a dietitian? You may wonder why see a dietitian and if so, how will this benefit you? Let’s take a look at what a dietitian can provide you. There is so much information out there on what to eat, what not to eat and which diet is the […]

In today’s busy world more and more often we are eating out or having ready-made meals instead of cooking healthy meals from scratch. While this is ok occasionally, eating out too often can lead to weight gain over time. Additionally eating out all the time or buying pre-made meals is expensive! When eating out, more […]

Scenario – Husband and wife set a goal to lose 10kg each. They both weigh in at approx. 95kg. Both participate in the same eating lifestyle and exercise routine. Husband progressively drops the weight. Wife’s weight drops and rises and plateau’s. Thus, resulting in a fluctuating merry-go-round cycle. For years, I have heard women express […]