Shin pain is a very common issue with many recreational and competitive athletes. There are a few types and causes of shin pain, but in this post we will be looking into shin pain caused by the tibialis anterior (TA) muscle. The muscle runs from the front outside edge of the shin bone (tibia) and connects into the high point of the arch. The TA’s main action occurs at heel strike to forefoot load. It decelerates foot’s plantar flexion (pointing the foot downwards) so it doesn’t slap onto the ground and dorsiflexes/inverts (pulls the foot upwards) the foot to allow ground clearance during the swing phase. If the TA didn’t work the foot would drag along the ground. The TA also supports the arch much like a crane type mechanism.

Pain is felt along the front of the shin where the TA muscle sits. Pressing on the muscle belly of the TA feels tender, pain or tenderness below the muscle belly may indicate TA tendonitis. Repeated ankle dorsiflexion creates pain. Heel strike phase of running usually stresses the TA thus causing pain.

TA pain is usually a result in overuse causing the muscle to fatigue causing pain. Problems generally occur when the person is getting into regular physical activity.  For example, a person may start running 5km for the first time or start playing a sport such as soccer where the foot is resisting the impact of a kick, the TA and extensors need to be competent. Other triggers can be from driving where the TA is contracted for long periods to keep the foot in a dorsiflexed position. Tight calf muscles can cause the TA to overwork when keeping the foot up while driving or kicking etc.

Running technique with inadequate footwear and terrain are main causative factors for the active person to consider.

It is integral that you seek treatment as soon as possible. Soft tissue release techniques and foam rolling are good to help reduce muscle tone and relieve pain in the short term. Changes in running technique and footwear should be addressed. Excessive heel strike and over-striding increased strain on many muscle groups. Running should be focused on cadence (step rate) rather than stride length, keeping the landing foot under the body’s centre of mass.

Orthoses may be able to support the foot’s arch and facilitate movement in a correct foot posture. As the TA supports the arch, a level of arch support may be utilised to reduce the strain of the TA pulling the arch up.

Strengthening the TA and other extensor musculature may also be needed and a podiatrist can provide these specific exercises. 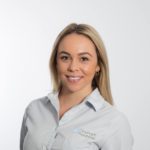 Spring is here and summer is fast approaching, meaning motivation and activity levels are peaking! Here are 6 ways to stay injury free training this spring getting ready for that summer body. 1. Strength training Strength training helps to increase tissue tolerance and endurance through loading. In recent studies strength exercises have shown a tendency toward reducing injury rates. […]

Winter is well and truly over and the excuse ‘its too cold to train’ is no longer valid. With numerous fun runs, running festivals and marathons coming up over summer, the running season is here! As a result many of you will increase your amount of running. Whether you are a novice runner just looking […]